Just how heartbreaking could it be when one sees a homeless dog outside a food establishment waiting for someone to throw him a piece of bread or perhaps a slice of steak?

In one of the sidewalks of Mexico City lies a very good chance encounter with a creature that can certainly poke your heart.  Outside a certain pizza shop, is what appears a homeless dog pleading and begging customers with sad and soulful looks from his eyes. 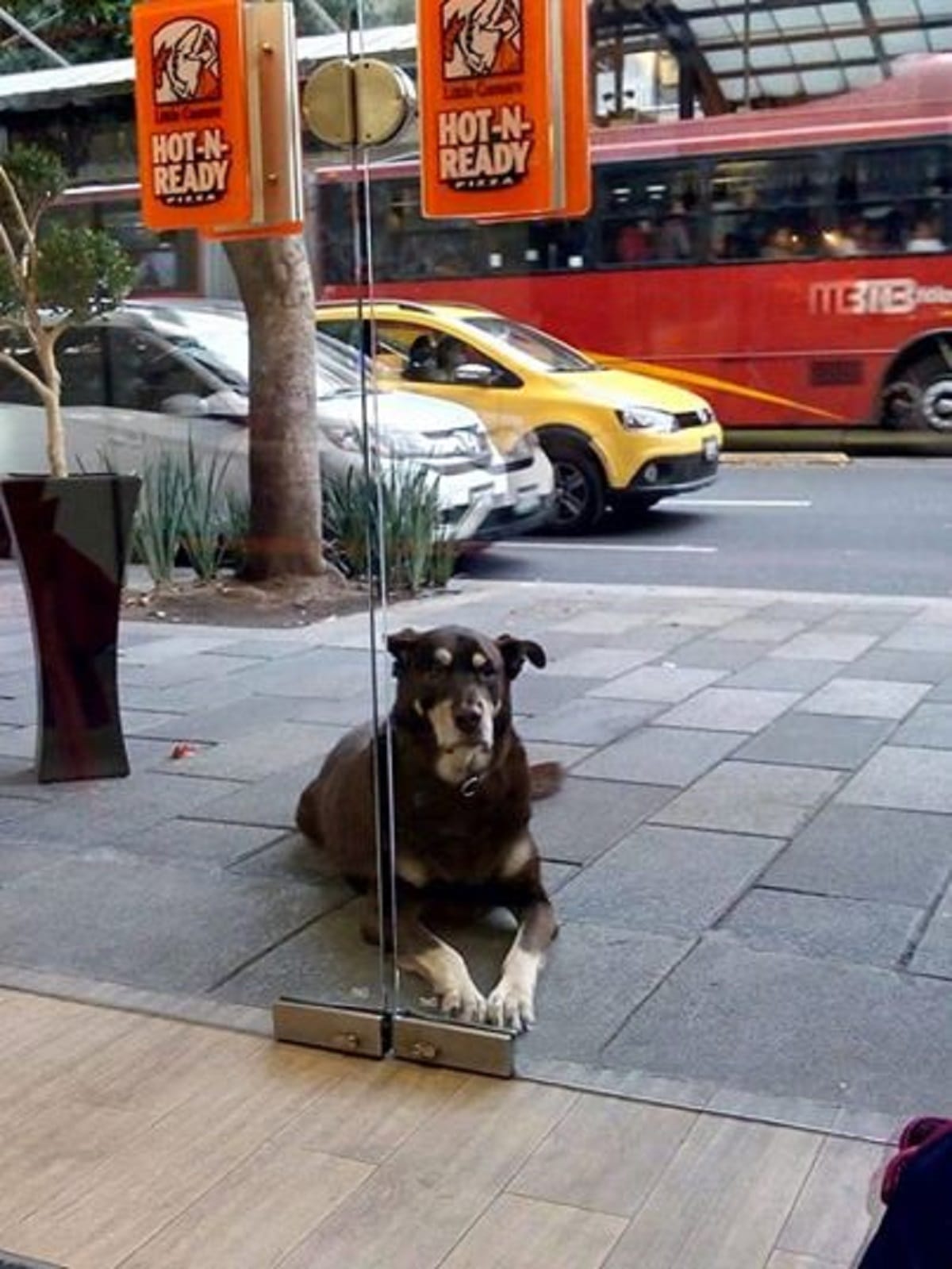 What does the poor stray want?  Simple.  A slice of your pizza.

Extrella CR, a Facebook account user, happened to stumble upon the ‘homeless dog’ when she recently visited the establishment.

She ordered her meal and headed on to one of the vacant seats in the restaurant.  In no time, her meal arrived and just when she was about to indulge in her delicious pie, there were the eyes of the lowly–looking pup that kept staring at her as if saying, “Please good hearted miss, save a slice for me”.

With no doubts, the pooch has obviously mastered the give–me–a–slice–of–pizza practice, not to mention his waistline.

Estrella wrote in her FB post, “This cute puppy was super fat and wanted us to feed him pizza”.

But then, surprise!  The dog wasn’t indigent at all, it was just an act.  Without a clue, the dog didn’t know that on his collar hanging was the key to exposing his great deception. 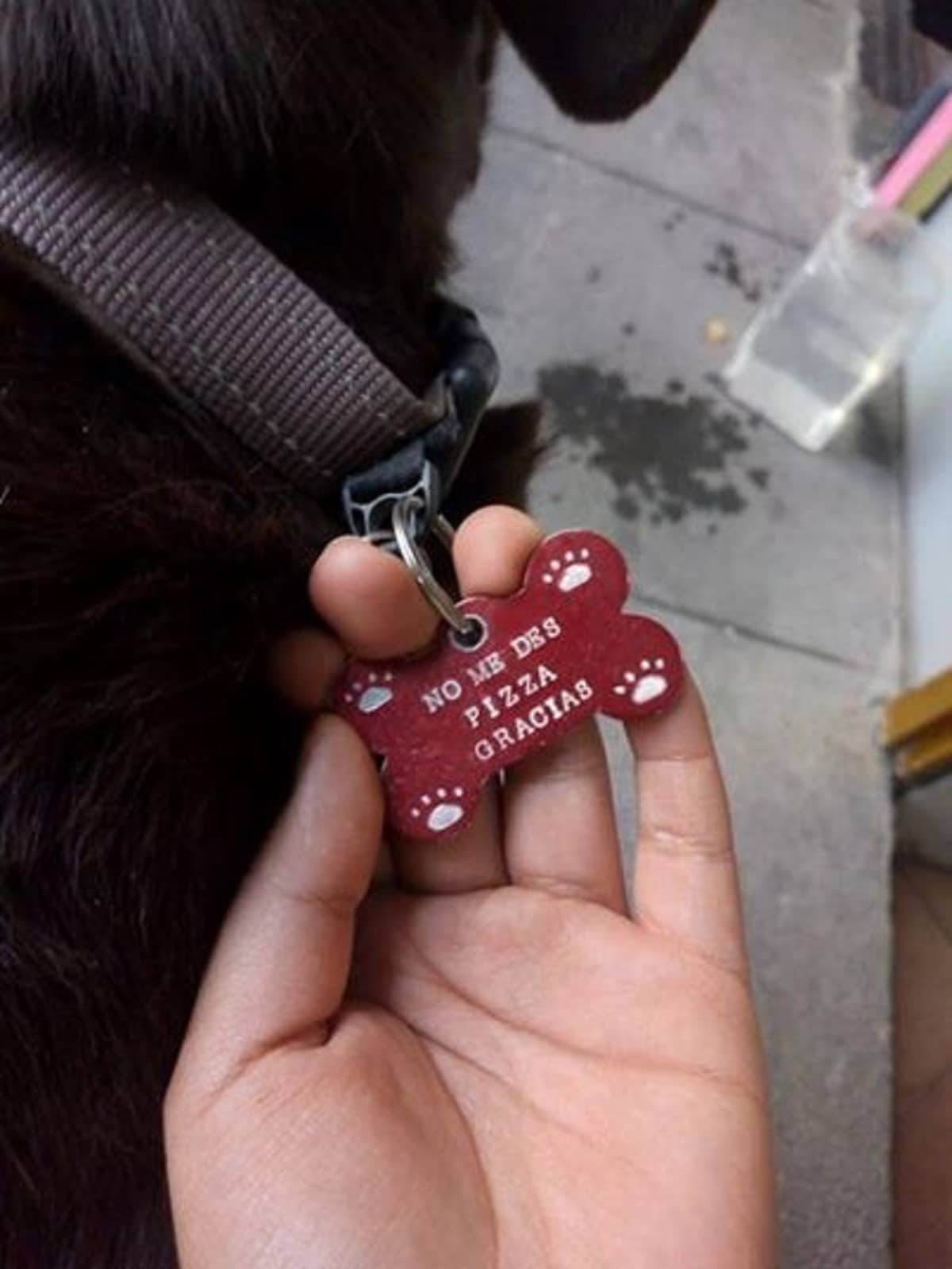 But the revelation of the dog’s act wasn’t a bad news at all.  His collar indicates that he isn’t a stray and the note on the tag simply means that there is someone looking after him making sure that he is in a good health.  Well, good luck explaining that to a dog.

The dog’s performance as a poor homeless pup failed – hoping for a freebie from Estrella at the very least but with his charm and effort, he’d surely get a lot of pets.  No canine will ever have too much of those.

Couple Finds A Stray Dog In Their Living Room